Mandy is a traveling, caffeine-obsessed maker based in Orlando, FL. She creates: knitting patterns, websites, illustrations, & blog posts. She has an obsession with fiber and is a hopeful future shepherdess. 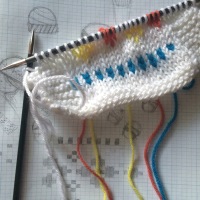 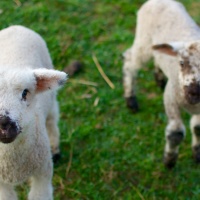 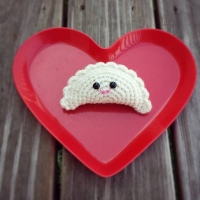 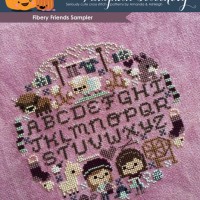 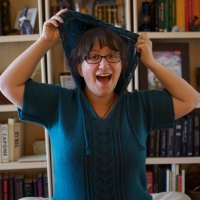 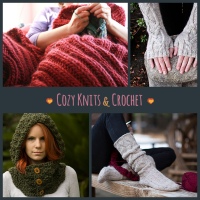 Coffee, and the Quill 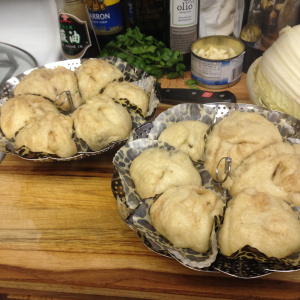 Tuesday was a super busy day for me and I didn’t find a whole lot of time to be home. While I was out and running around, my wife decided to give this recipe a try. They’re a Jamie Oliver styled asian bun that you might find at any dim sum restaurant you go to. Typically, they’re loaded with barbecued pork and they’re absolutely fantastic. This recipe, however, calls for mushrooms and water chestnuts instead, which makes it perfect for vegetarians and vegans alike. 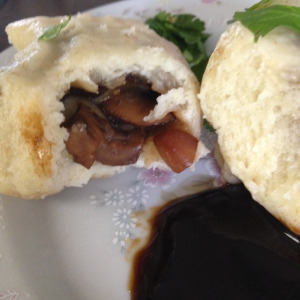 Mandy marinated the mushrooms and water chestnuts in hoisin sauce, soy sauce, and mirin. I managed to make it home in time to help with the dough, and we set out to make our own self-rising dough which was really simple. The whole recipe is deceptively simple for such a great dish, and surprisingly good for you with the addition of the vegetables. If you’re a fan…

I’ve got a backyard full of tomatoes, oranges, limes and now, finally, some pumpkins! 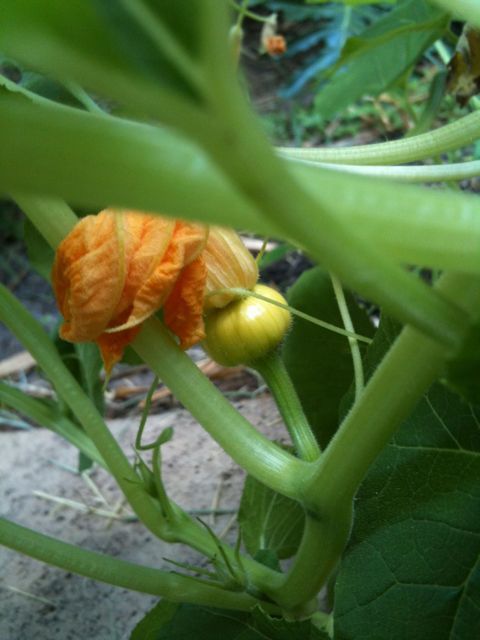 John discovered them last night when he was showing off all of our gardening feats (and by our I mean Dan and I). So far I’ve seen five tiny pumpkins. I’m hoping the winter squash I planted will start making fruit pretty soon as well. We’ll see. 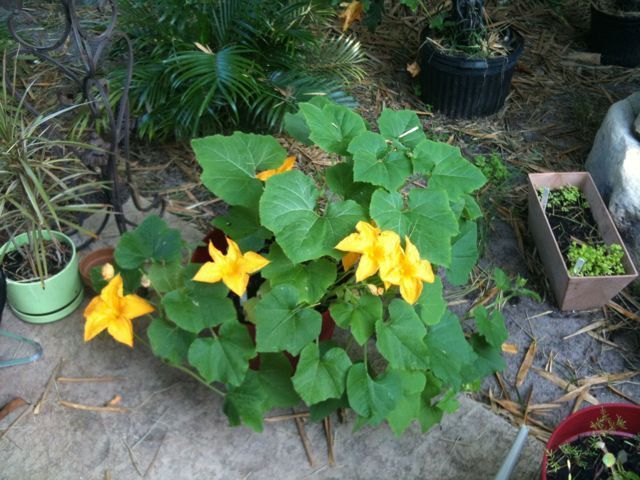 With all the success I’ve had with growing fruit in my oppressively hot and humid backyard, I’m wondering if I’d be able to successfully grow my own little tea plant. Has anyone else tried this?

There is a small tea garden at Epcot, with a few tea plants growing here and there. (It’s more herbs than tea, actually.) I’m guessing if they can grow tea in Florida, so can I. Who knows how much time someone spends taking care of those things, though. 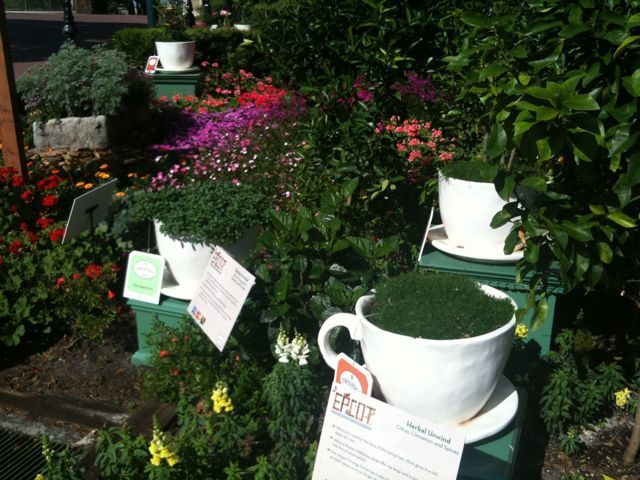 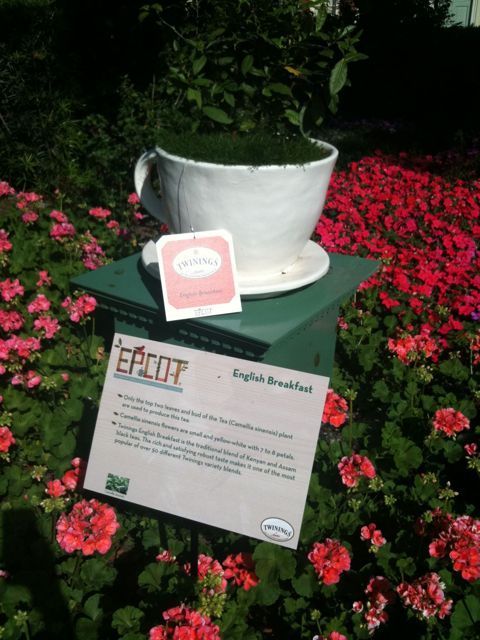 Anyone know where to buy some tea seeds or a small, started plant? 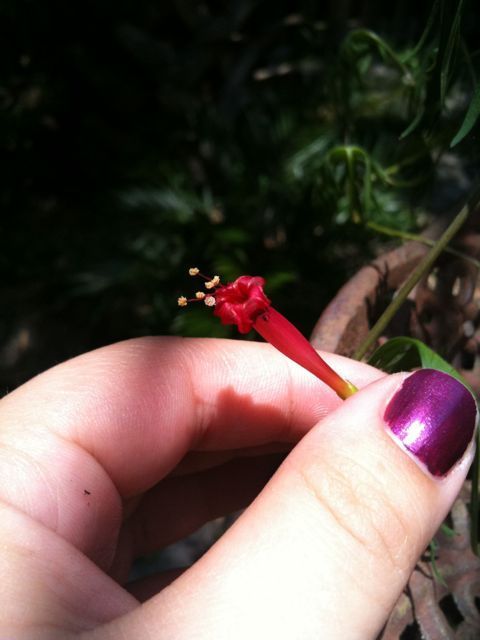 I’ve been gardening in the backyard this year and we’ve finally gotten some little red tomatoes. Can’t wait for the rest to ripen! 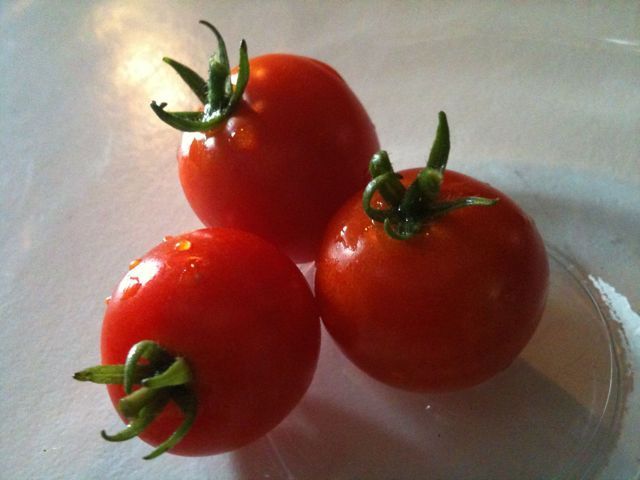 I’ve been wanting to do some tea reviews but haven’t felt the urge to concentrate on my tea. Lately I’ve been wanting to read rather than write. I feel bad about not writing here since I know my sister wants to read something and the only thing I can think to write about is my recent escapades with ice cream. My parents got me an ice cream maker for Christmas and I’ve been making more ice cream than John and I can eat. I’ve made coffee icecream, coffee and chocolate, vanilla custard, frozen yogurt with berries and experimented with Earl Grey. John and I have started an Excel spreadsheet containing all kinds of flavors we’d like to try making (yeah, I’m kinda weird and organized like that).

My favorites so far have been the frozen yogurt and the coffee with chocolate. :9 Mmm mmm mmm!

The frozen yogurts are pretty easy to make unless you need to strain the seeds from berries. If you don’t have the proper equipment, separating those two can take forever. I don’t have the proper equipment and proceeded to mash some blackberries through a tea strainer (forgive me!) for about an hour. I have to say, although tedious, it was very worth it. The blackberry/blueberry (plus a couple of strawberries for good measure) yogurt that I made was amazing! Perfect flavors with an enticing purply-pink color.

So far I’ve only followed recipes from the Cuisinart instruction booklet that came with the maker except for the experiment with Earl Grey.

I steeped Earl Grey in milk on the stove—I used a lot more tea and let it steep much longer than I usually would for the amount of liquid. I then added the milk to the heavy cream and sugar. (I followed the recipe for regular vanilla ice cream from the instruction booklet and left out vanilla.)

The ice cream tasted very, very creamy—almost like straight whipped cream with a hint of bergamot. It was really good to taste but not to eat a lot of (which is probably good for my weight). I think the problem occurred in that I steeped the tea in the milk but not in the cream, so the cream overpowered the flavored milk. (There’s more cream than milk in the icecream.)

So I shared my recent ice cream successes and failures, now it’s your turn. If you have any great ice cream recipes  (or any ideas I could add to my spreadsheet), please comment and share! 🙂